ESG stands for Environmental, Social, Governance and is used as an investment strategy to “encourage” organizations to “act responsibly.” ESG works by analyzing organizations across three criteria — their environmental footprint, their stance on social issues, and internal corporate governance. However, political activists use

ESG as a way to drive a progressive agenda and ideological allies in the business community help push this agenda through economic coercion and ignoring democratic processes.

Here is what ESG really means 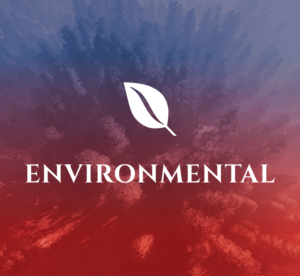 The failures of the ESG strategy in relation to fossil fuels have become more evident since the war between Russia and Ukraine began. Gas prices are soaring and countries are desperate to purchase oil, but because of ESG policies, the U.S. is unable to meet demand and keep prices in check for Americans. These policies also limit the opportunity to sell fuel to our allies, which would benefit America’s economy and make them less dependent on Russia.

Climate activists are also attacking the farming and cattle industries with ESG policies. They push ESG standards that force farmers to use certain fertilizers, even though they are less effective and more expensive. These activists want to transition to lab-grown meat because of the methane gas cows produce. Even developing nations, countries whose populations often hover near starvation, have adopted ESG policies to their detriment. For example, Sri Lanka, whose domestic agricultural production plummeted because of ESG, is in open revolt against government leaders.

In the United States, companies are being overburdened with climate-related reporting requirements. Instead of being allowed to focus on their core business, they’re required to report tedious information such as how many employees drive to work, what type of vehicles they drive, and how the company is reducing the carbon footprint of its workers as part of their ESG assessment.

These subjective measurements of environmental policy are furthering a progressive political agenda rather than allowing investors to focus on their fiduciary duties protecting hard-working Americans’ investments. 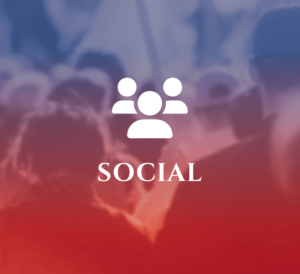 ESG’s social criteria force companies to adhere to political demands even when it has nothing to do with the company’s business. That could include hiring based on gender or race rather than merit, releasing public statements in support of certain political movements or taking a political stance on elections. Other subjective scores could include investing in specific neighborhoods, “white privilege” or diversity training for employees, and maybe soon, a company may be scored on whether or not it aids employees in receiving abortions.

Ironically, some social issues are completely ignored when they don’t fit the progressive narrative. For example, should investments in China be allowed while the Chinese Government wages an ongoing genocide on its people or uses forced labor in its quest for economic dominance? What about the Chinese state-sponsored systematic theft of intellectual property? These major social issues are ignored when it comes to ESG requirements.

When it comes to social issues, an investment advisor recommending investment decisions based on socially desirable outcomes is subjective at best and intentionally manipulative at worst. 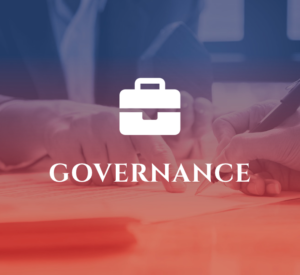 Corporate governance refers to the running of a company. The Governance criteria within ESG largely focuses on CEO pay, political contributions and lobbying, and the diversity and political activism of its board as a gauge of whether or not a company is a good financial investment.

It’s nearly impossible to separate the ever-growing corporate board requirements from corporate operations. As a board increasingly focuses on political activism, it becomes increasingly difficult to attend to the core functions of the company. For example, Twitter might score favorably on ESG-metrics because its current board and CEO govern the company like a partisan political operation, but the company consistently underperforms, leaving it vulnerable to a takeover. In most cases, prioritizing ESG governance criteria and putting politics over profits, leads to lower shareholder value.